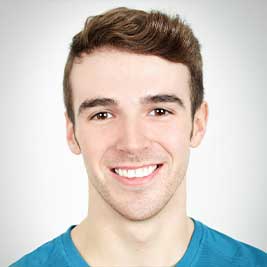 Evan Tingle is a dual citizen theater major from Canada. His passion for helping students stems from the example led by his Dramatic Arts teacher, who is the reason he is in arts education to this day! Evan constantly remembers the powerful effect his teacher had on his life and believes every person has something amazing waiting to be believed in.

This inspiration led Evan to use public relations in a number of ways to promote his own theatrical performances and educational workshops around Toronto. This stems from his educational experience at Humber College Theatre Performance program, in which students are trained under the awareness that an actor must also run their own small business in the process, in order to earn a living.

As such, he is a self taught designer and visual artist, allowing him to also have experience on how Postcards, Posters, along with careful and engaging social media management, all play a critical role in how an art form can be received.

All of this experience resulted in an overflowing amount of interest in his creative arts programs for children, funded by various cities through grant applications.

He works to share these experiences with as much youth as possible, to empower the creative minds of tomorrow!